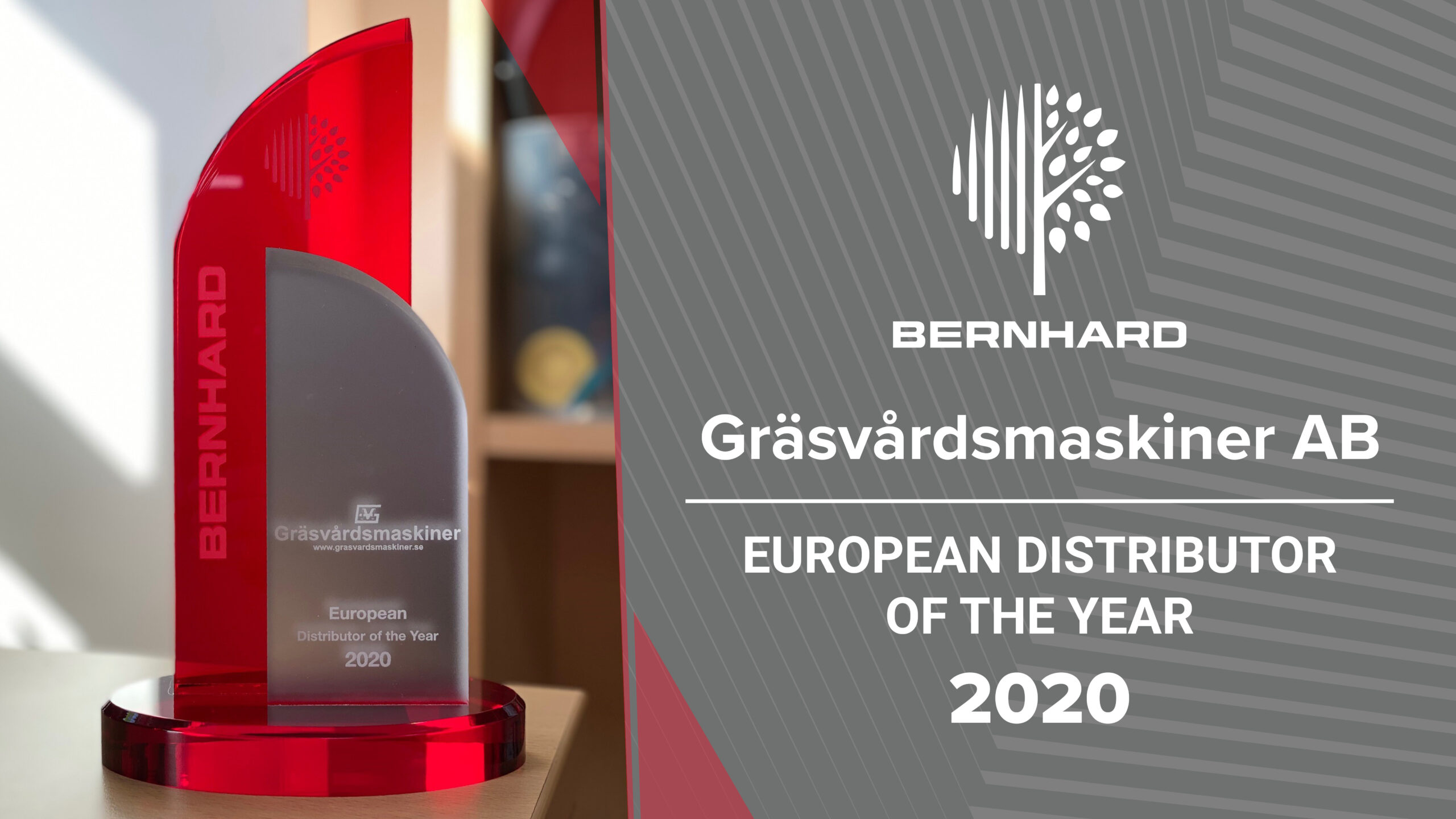 Industry-leader in turf sharpening equipment and management solutions, Bernhard and Company, has announced Grasvardsmaskiner AB of Sweden (GVM), as the winner of its coveted European Distributor of the Year award for 2020.

Inaugurated in 2013, the annual Bernhard and Company Distributor of the Year awards recognise the successes of company distributors in all regions around the world. GVM, this year, claimed its third award after previously being recognised for its efforts throughout Europe in both 2015, for its Malmo branch, and 2017 for its Gothenburg branch. This time, it is the turn of the company’s Stockholm branch.

The Swedish distributor continues to proactively promote Bernhard and Company’s cutting-edge grinding philosophy, and demonstrates the values of close support and education, that fall perfectly in-line with the brand principles set out by Bernhard and Company.

The Stockholm branch, led by Sales Manager, Anders Axhamre, has led the way, in part, by achieving the highest number of sales in Europe of the premium Express Dual 5500 and Anglemaster 4500 machines since their launch.

Paul Wilcox, European Territory Manager at Bernhard and Company, commented: “For many years, GVM has been one of our most successful European distributors, and it has been a great pleasure to work with, and support its extensive team, throughout the branch network.

“They have had an outstanding year, not only with strong sales performances for our latest sharpening equipment, but also with the excellent manner in which they have promoted our brand philosophy.

“We very much look forward to continuing our successful partnership in years to come,” he added. Bernhard and Company grinding machines are used by 80 of the world’s top 100 golf courses to ensure perfect, tournament-ready playing conditions year-round, while the company’s turf management solutions and educational support are utilised at major sporting events around the globe.