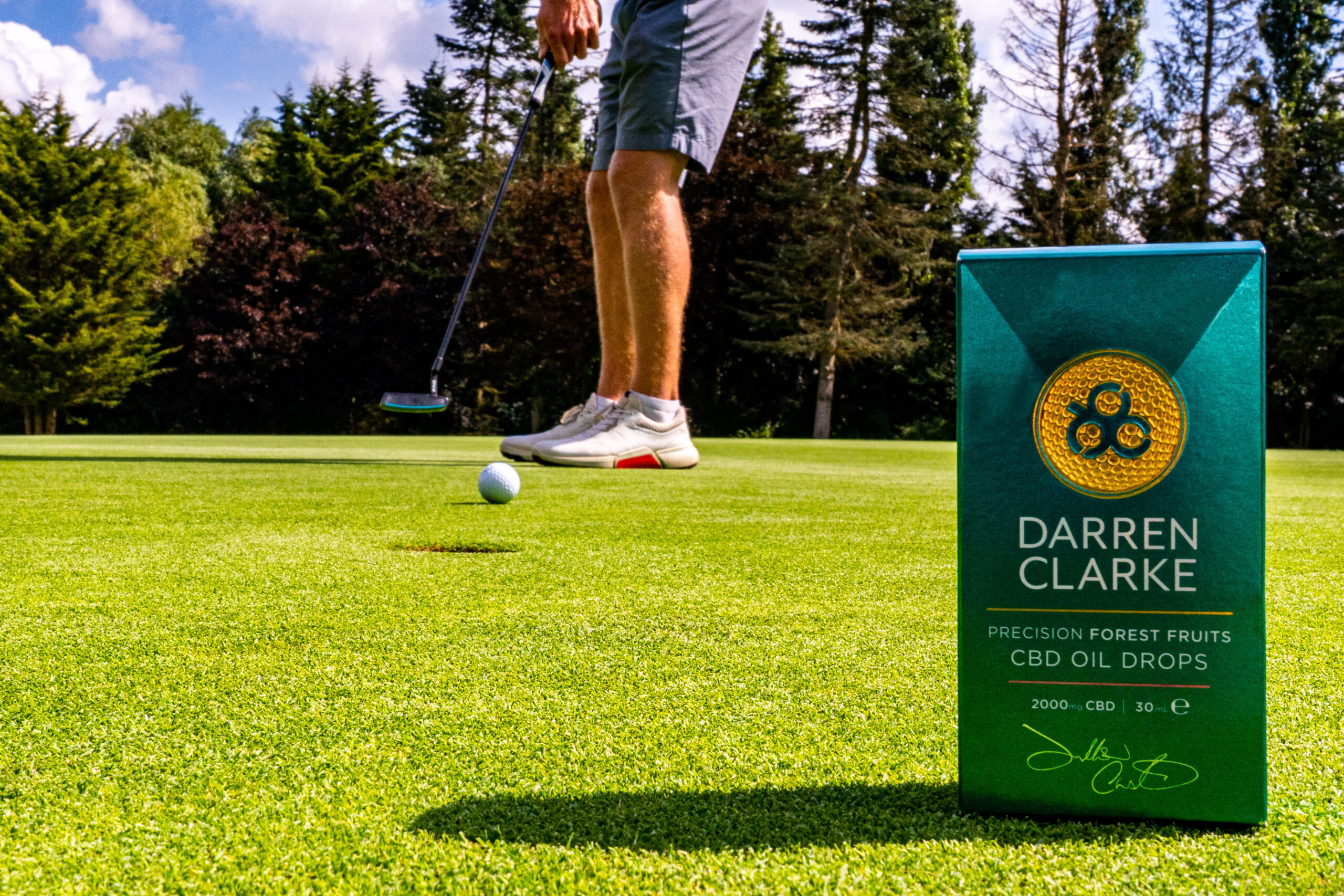 The ground-breaking study focused on the way in which Darren Clarke CBD oil impacts the mental and physical aspects of golf, and how this affects on-course performance across 100 avid golfers.

Shot Scope and Sports Marketing Surveys selected 100 Shot Scope users, with an even spread of age and handicap, to complete the trial. The participants consumed Darren Clarke CBD oil on a daily basis over the course of two months, alongside continuing their typical golf routine. Shot Scope then used its industry-leading golf performance tracking technology to analyse tens of thousands of shots, revealing concrete findings on the effect of Darren Clarke CBD oil on golf performance.

Shot Scope’s data found that, on average, the 100 golfers that took part in the test improved by 1.16 shots per-round over the course of the test, representing an impressive improvement in a sport so intricately based on marginal gains. It showed that over two thirds of golfers improved their scoring average, and of those golfers that did improve, they saw an improvement of 2.41 shots per round.

When studying distance off the tee, data collected showed that driving distance across the 100 testers improved by more than 2%, with 71% of testers gaining on average 9.8 yards on their tee shots.

Furthermore, Shot Scope’s ground-breaking data has shown that golfers three-putted considerably less thanks to the use of Darren Clarke CBD oil. On average, the testers had 4.4 more holes between each three-putt, with 61% of golfers improving. Those who improved their putting were three-putting every 13.1 holes pre-test, and at the end of the test they were three-putting every 23.4 holes; representing a huge difference of more than 10 holes.

These quantitative findings by Shot Scope shed light on the statistical effects of CBD oil for the very first time and prove the effectiveness of Darren Clarke CBD’s premium oils. Gavin Dear, Chief Commercial Officer at Shot Scope, commented: “It’s been incredibly interesting to be part of this ground-breaking study, and to find that Darren Clarke CBD oils have a genuine positive effect on golf performance has been eye opening.

“It’s great to be able to use our technology for a study like this one, and we’re pleased to have been able to offer in-depth and accurate analysis to Darren Clarke CBD.”

Independent sports research company, Sports Marketing Surveys, also completed a qualitative study into the effects of Darren Clarke CBD oil. It reported that 79% of participants found that existing injuries they had were improved or positively affected during the trial, while 77% of participants saw an improvement on their sleep quality, mentality on course, or their recovery between rounds. What’s more, 75% of testers who had struggled with injury problems reported that they had subsided.

Richard Payne, Director at Sports Marketing Surveys, said: “It has been a fascinating experience to be part of this study alongside Darren Clarke CBD and Shot Scope, and to see that the positive effects of CBD on both golf performance and golfers’ recovery is truly encouraging.

“These results prove the high-performance levels of Darren Clarke CBD, and I believe this will blow the door wide open for a deeper discussion on the use of CBD for golf.”

Find out more about Darren Clarke CBD at www.darrenclarkecbd.co.uk.