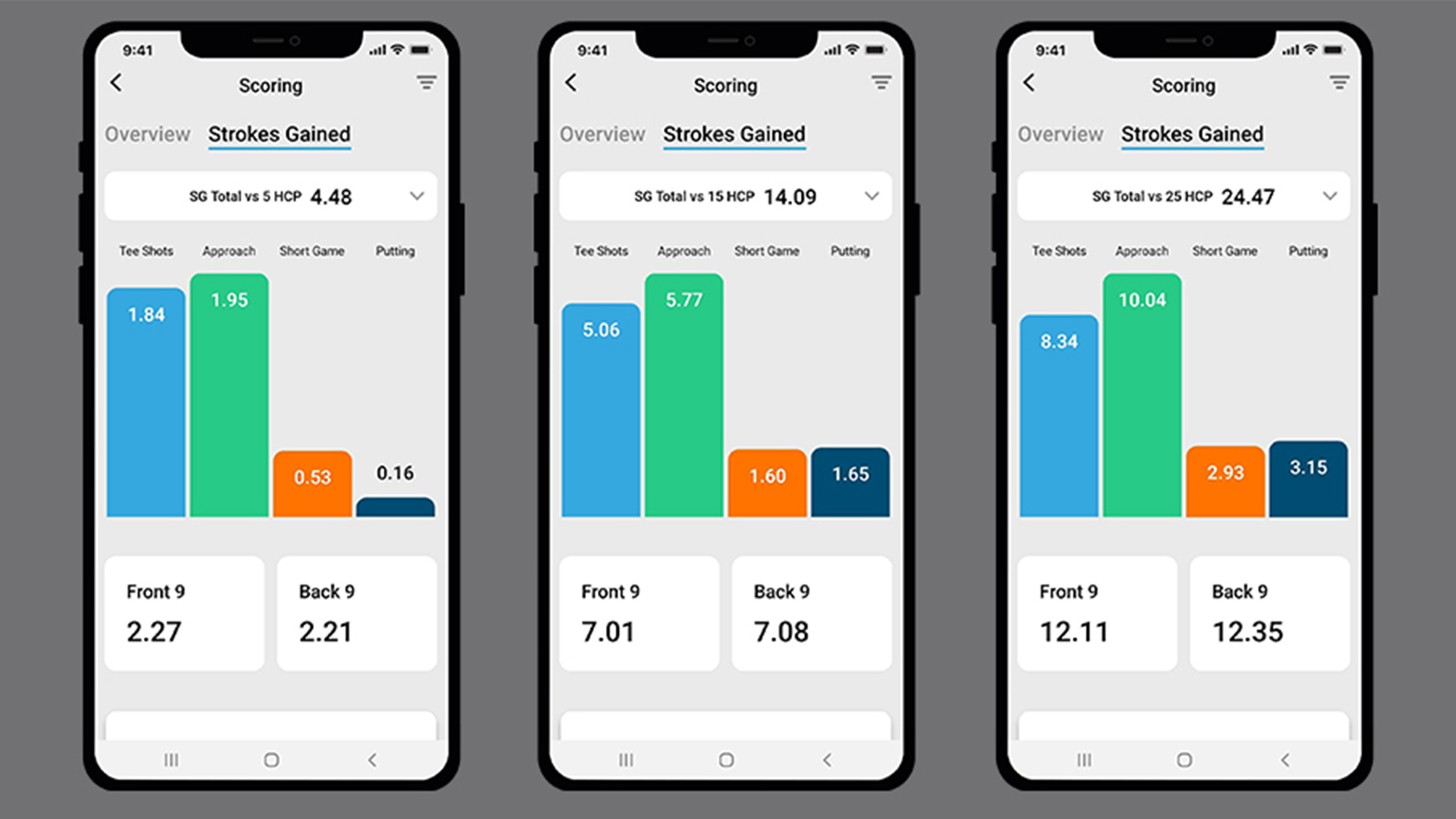 How does your game stack up to others? Find out with Shot Scope’s Strokes Gained

Shot Scope, the industry-leader in performance tracking technology, has completed the final phase of its Strokes Gained platform implementation, which will allow users to benchmark their game more accurately than ever before via the mobile app.

This final update in the three-part implementation programme will allow Shot Scope users to compare their performance statistics against six different handicap levels – 0, 5, 10, 15, 20, and 25.

The upgrade gives Shot Scope users the opportunity to see how they compare to golfers of a similar handicap range and allows them to set goals based on each defined benchmark. Golfers can identify areas of the game in which they perform particularly strongly, as well as comparing statistics against lower handicapped golfers in order to identify possible avenues for game improvement.

On top of this, the latest update will allow golfers to gain an even deeper insight into how they can improve their golf with more detailed Strokes Gained data available for every aspect of the game. Shot Scope users will now be able to review their front-nine and back-nine Strokes Gained data in isolation, while also separating data for par-3s, par-4s and par-5s. There are also new statistics available via the performance pages of the Shot Scope online dashboard and mobile app, with different distance and lie filters being added to categories such as green success, proximity to hole, short game proximity, and up-and-down percentage.

Strokes gained is a way of analysing where a player sits when comparing every aspect of their performance with players in the rest of a dataset. This approach to performance analysis will allow Shot Scope users to gain a greater understanding of which areas of their game they may need to work on to help improve their overall scoring average. It will do this by isolating individual aspects of a player’s game and comparing it to the entire Shot Scope dataset to deliver efficient results.

“We are delighted to have completed the development of our final phase of Strokes Gained implementation within our performance tracking platform,” said Shot Scope CEO, David Hunter. “This final software upgrade has given us the platform to continue developing what is the most comprehensive Strokes Gained analysis system in the game.

“Golfers will now be able to assess their game against others in greater detail than ever before, allowing them to create realistic performance and development goals that will help them to play better golf,” added Hunter.

Shot Scope V3 users have unlimited access to Tour-quality performance statistics at the touch of a button. More than 100 different analytics can be reviewed via the Shot Scope V3 mobile app or Shot Scope’s online dashboard on different clubs, tee shots, approaches, short game, and putting.

For more information on Shot Scope products and accessories and to buy, head to www.shotscope.com.