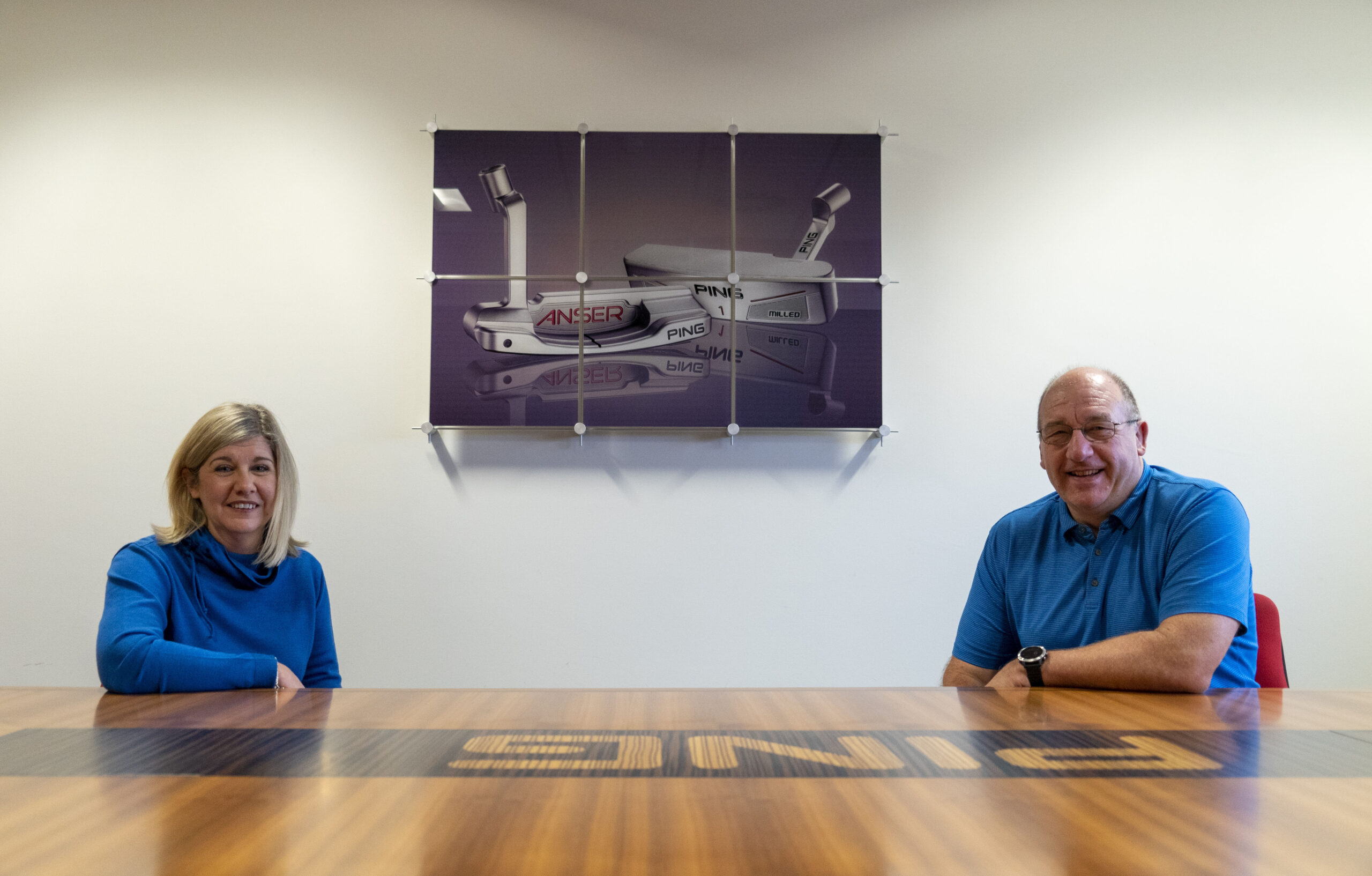 Long-serving Ping Europe Managing Director, John Clark, will step down from his role at the end of this year, with current General Manager, Lisa Lovatt, taking up the position.

Lovatt, 51, will begin her new role on 1st January, with full responsibility for all of Ping Europe’s operations in Gainsborough, Cheadle and the four PING offices in Europe. She will report directly to PING Chairman and CEO, John Solheim.

Clark, 64, who has worked at Ping Europe for 26 years – 24 of these as Managing Director – will retain some small responsibilities at the company on a part-time basis and will also continue as a board member of both Ping Europe and Ping in the USA.

“This management transition isn’t a sudden decision, in fact, it is something we have been working towards for the last two or three years,” commented Clark. “The appointment of Lisa as General Manager in 2018 was the first step, and her success in that role means she is ready to lead this new phase of our future.”

Lovatt joined Ping Europe in 1994 to lead the company’s apparel and soft goods division. She transitioned into operations and was responsible for developing operational support services over a long period of sustained expansion. This included responsibility for purchasing, customer services, production, warehousing and shipping, and her success in this multi-faceted role led to her being appointed General Manager in early 2018.

“I am delighted to be taking up this new role and look forward to building on the incredible work that John and the team have carried out over the 24 years of his tenure,” said Lovatt. “I’ve been working for Ping Europe for over 26 years and I’m excited about driving the company forward in 2021 and beyond.

“I’d like to thank John sincerely, on behalf of everyone at Ping Europe, for the tireless service that he has given to the company over the years, and hope he enjoys the extra time that he will now have available to spend with his family and friends.”

Speaking about his reasons for stepping down, Clark added: “The reason for my retirement is family. I have always been a workaholic and have woken every morning loving going to work. The challenge of being a significant part of a successful company has served as my motivation all through my working career.

“However, far too often, this has been at the expense of family commitment from me and I now want to devote more time to my wife, two sons, three amazing grandsons and a granddaughter who is due early next year.”

Adding his thanks to PING founders, the Solheim family, Clark continued: “Their principles, caring for people and long-term thinking, run right through every PING business. It is a culture I have been well suited to and I owe them more than I could ever put into words.

“I am handing over to Lisa with a feeling of immense pride and satisfaction in what we have achieved since I joined way back in 1994. This year has been incredibly challenging, but golf has bounced back strongly. We have great product coming next year, so the stage is set for Lisa and her team to have a fantastic year in 2021.”