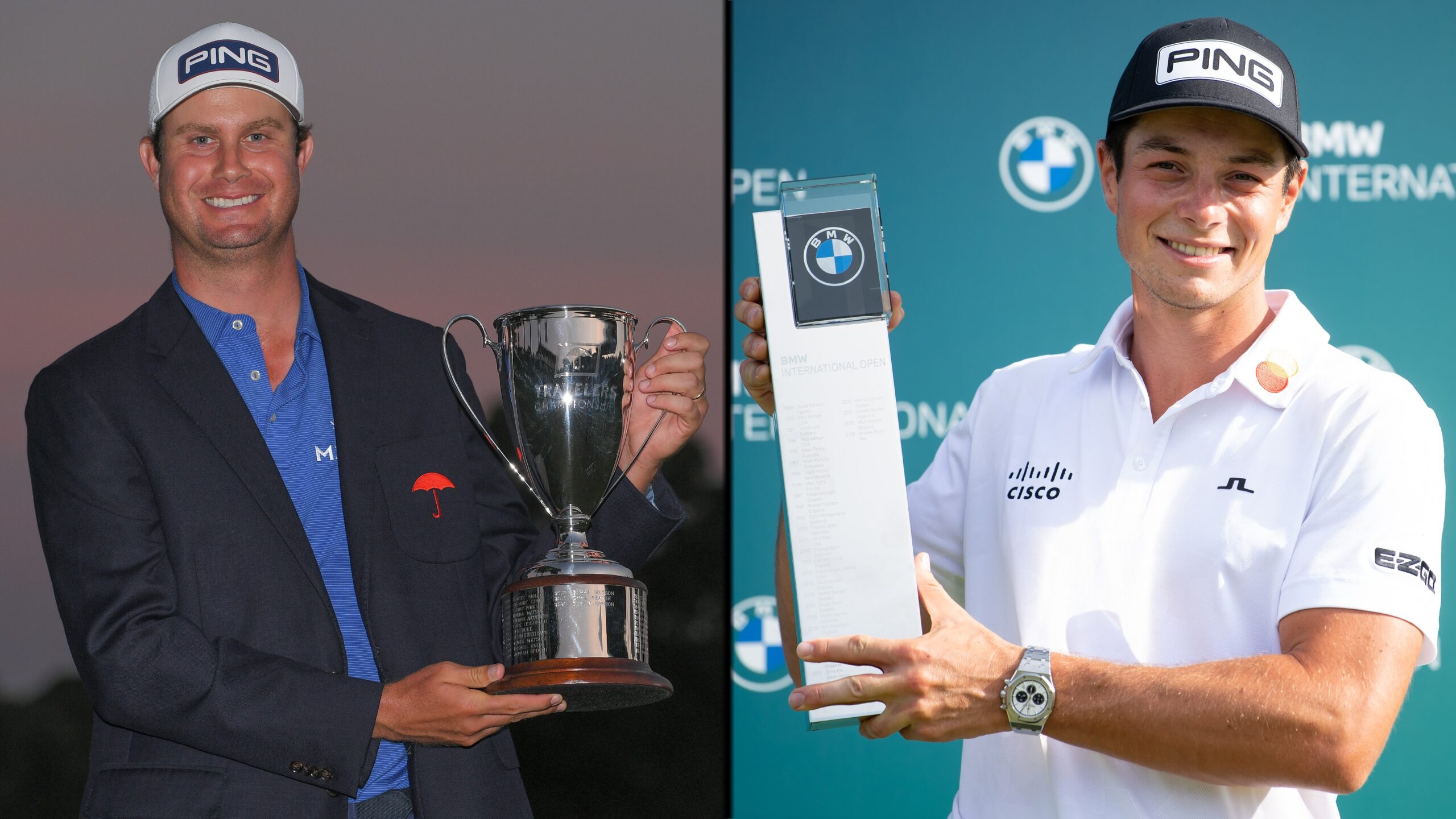 PING pros were dominant on the European Tour and PGA TOUR on Sunday as the brand celebrated victories on both sides of the pond. Viktor Hovland became the first Norwegian to win on the European Tour as he secured the BMW International Open title, while Harris English was victorious in a mammoth eight-hole playoff at the Travelers Championship on the PGA TOUR.

Hovland started his final round at Golfclub München Eichenried with a three-shot advantage, and the 23-year-old birdied the 13th and 16th before hitting a perfect drive and finding the green in two to set up another birdie on the 72nd hole of the tournament to clinch the victory with a 19-under-par winning total.

The win sees Hovland, who has already won twice on the PGA TOUR, move to a career high 13th on the Official World Golf Ranking, as well as putting him into the top ten of the Race to Dubai Rankings and strengthening his position as he looks to become the first Norwegian to play in the Ryder Cup.

Elsewhere, English emerged victorious in a thrilling conclusion to the Travelers Championship as he took the title with a birdie on the eighth playoff hole – in what was the second-longest sudden-death playoff in PGA TOUR history.

English shot a 5-under-par 65 to finish the fourth round at 13-under, then made a 5-foot putt to secure the victory in following the grueling playoff. It was the American’s second win this year and fourth career victory, and follows his third-placed finish at the U.S. Open last week.

Adding to PING’s strong showing across global Tours this week, PING Pro Lizette Salas came close to making it a hat-trick of wins for the brand as she finished in second place at the KPMG Women’s PGA Championship.