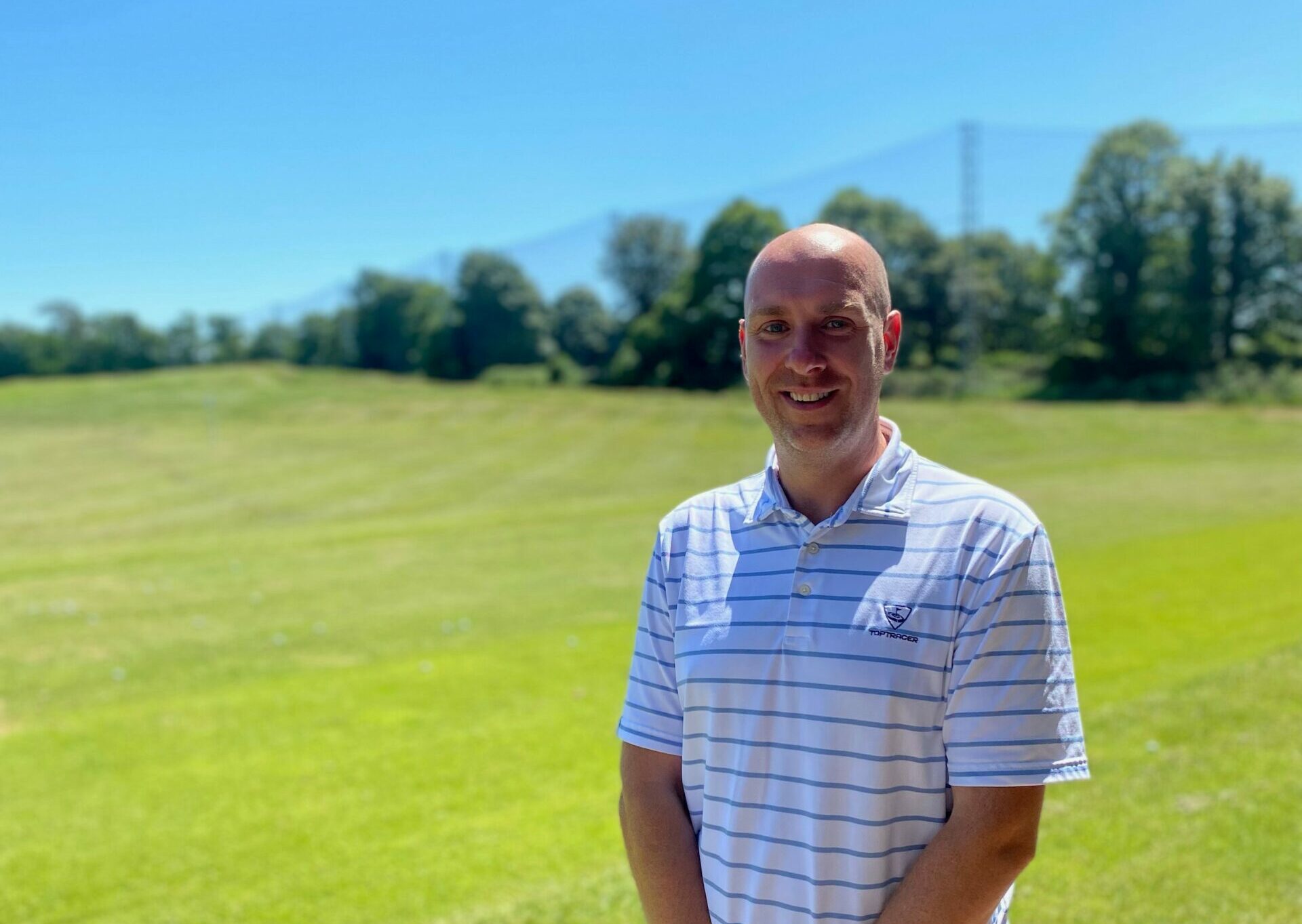 David Cederholm, EMEA Sales Director for Toptracer, is set to attempt to break the Guinness World Record for the most golf balls hit in a 24-hour period.

David will be taking on the challenge for a cause very close to his heart. In early 2021, a close friend of David’s, Peter Kerr, was sadly diagnosed with a glioblastoma. The rare and aggressive form of cancer begins in the brain, and is incurable. The devastating diagnosis has changed the lives of both Peter and his wife Helen, who at the time was pregnant with their baby daughter, Cece.

The news spurred David to find a way to help, and he has chosen to donate half of the proceeds Helen and Cece, to provide support when Peter no longer can. The other half of the money raised will go to the Lewis Moody foundation, in support of the incredible work the charity carries out surrounding the research and treatment for brain tumours.

Starting on Sunday, November 28th, on the newly installed Toptracer range at Woodhall Spa’s National Golf Centre, David will begin hitting balls with the aim of achieving 12,000 shots – a jaw-dropping 1,500 more than the current world record!

David will need to hit 500 balls an hour, or a ball every 7.2 seconds, and for each shot to count they must travel a minimum of 100 yards within a dispersion of 30 degrees from the target line. The record, should he beat it, will sit as an official Guinness World Record, and would be the first Guinness World Record completed at a Toptracer range facility.

Commenting on the world record attempt, David said: “This is a wonderful opportunity to not only raise money for a cause that’s extremely close to home for me personally, but for so many across the world. I am aiming to raise a pound for every shot I am planning on hitting, hence my goal of £12,000, and it’s brilliant that I can integrate this challenge with Toptracer.

“Those who have seen me play golf will know how much of a challenge this will be, but I’m confident that the reason for which I am taking it on will give me the drive I need to get over the line!”

Ben Sharpe, President of Toptracer Global, commented: “We’re incredibly proud of David for taking on such an immense challenge for an extremely worthwhile cause. Everyone at Toptracer is right behind him in his world record attempt, and we’re looking forward to supporting him in his cause. We can’t wait to hopefully see him get over the line at Woodhall Spa in just a few days’ time.”

For more information on Toptracer, head to www.toptracer.com.