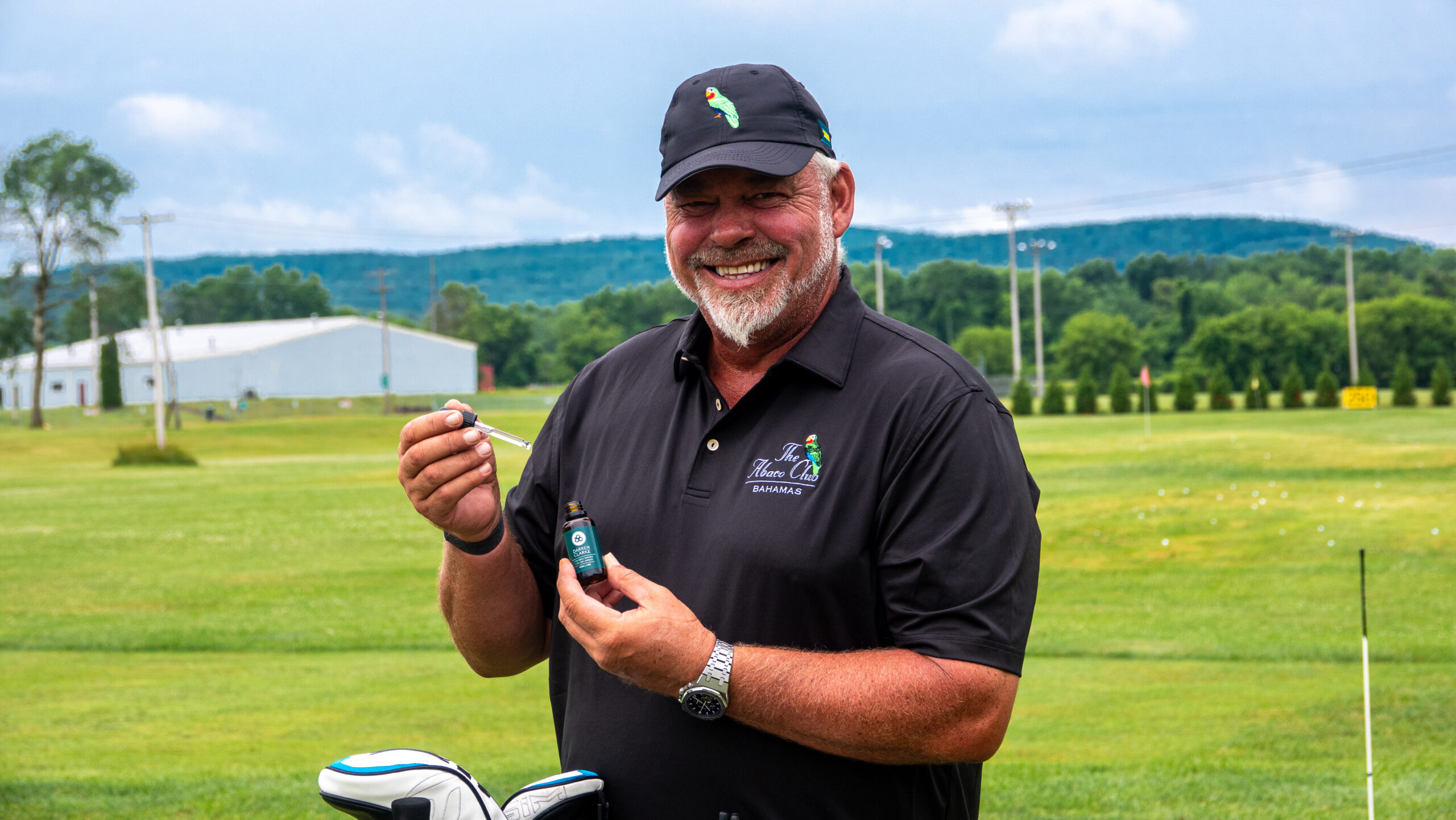 Darren Clarke continued his run of strong form at Sunningdale as he came close to adding The Senior Open title to his list of accolades – with the Northern Irishman citing his use of CBD oil as a contribution to his recent form.

Clarke, who recently bagged two wins on the PGA Tour Champions in the space of just three months, finished in third place at Sunningdale after a strong showing throughout the week and, after the final round, he was quick to champion the benefits of CBD oil which helped him remain focused throughout the four days of intense competition.

“CBD oil has undoubtedly helped my game, especially when it came to recovering between rounds this week at The Senior Open,” he said.

During two busy weeks of competition in soaring British temperatures, Clarke’s ability to challenge for the Senior Open title just days after playing in The Open at Royal St George’s was testament to his ability to recover and re-focus, thanks largely to his use of CBD oil.

He continued: “It’s easy to get tired and achy when playing a four-day tournament, but I’m certain that using CBD this week worked to negate that, and also I have never slept better. It’s definitely made a difference.”

Clarke recently launched his own brand of CBD products; Darren Clarke CBD, and the 2011 Open Champion has spoken highly on the difference the oils have made to his game on a personal level.

“I’ve always looked to find marginal gains when it comes to my golf, and we are always searching for ways to improve our personal wellness,” he added.

“Darren Clarke CBD gives golfers of all levels a better state of mind to remain calm under stress, allow them to deal with disappointment and keep the focus on the game ahead.”

For more information and to view the full range of products, head online to www.darrenclarkecbd.co.uk.