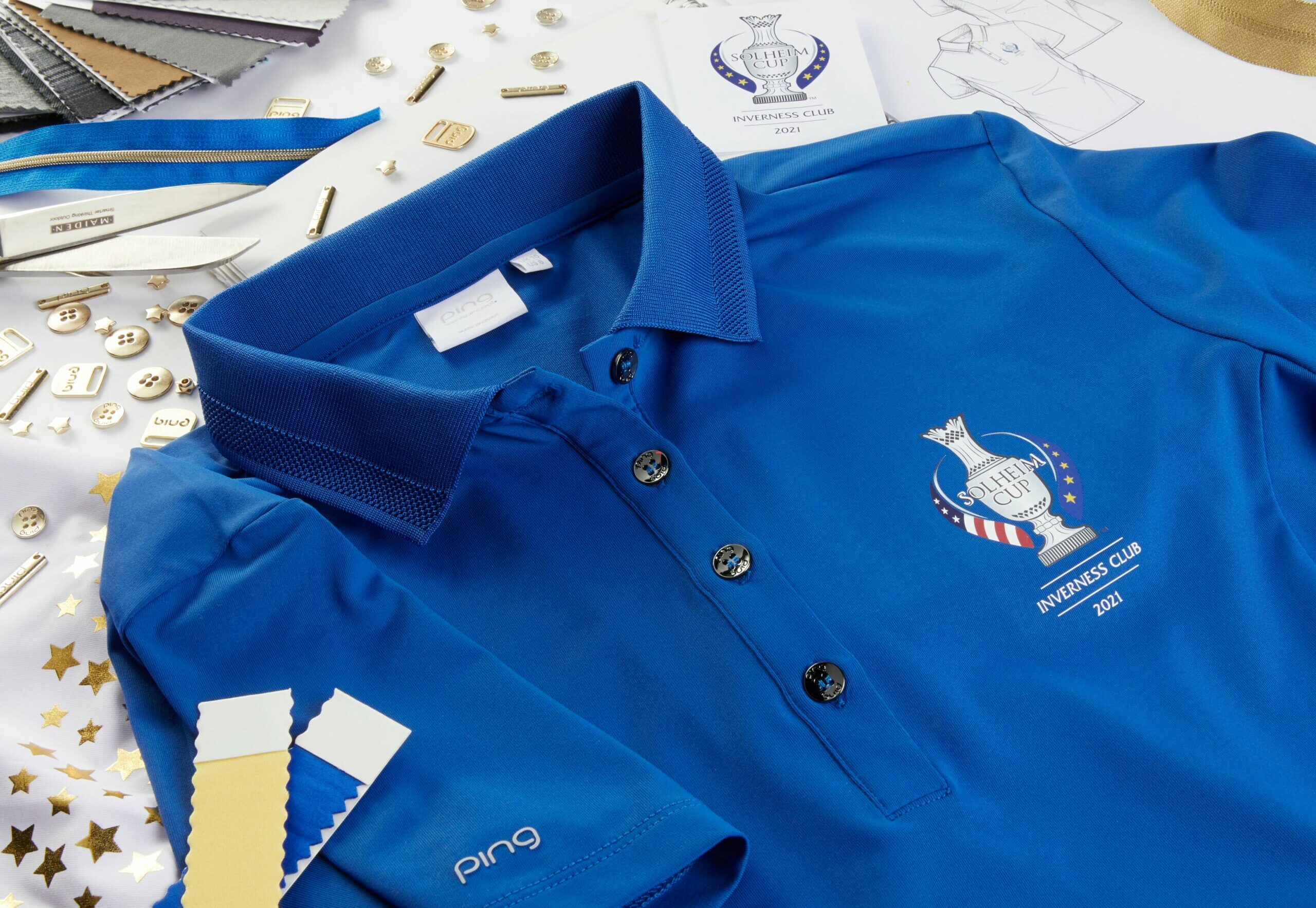 The Ladies European Tour has announced PING Europe as the official apparel supplier of the European Solheim Cup Team for both the 2021 Solheim Cup at Inverness Club, Toledo, and the 2023 Solheim Cup at Finca Cortesin, Costa del Sol, Spain.

This year’s staging will be the first time in Solheim Cup history that Team Europe has sported PING Apparel, as they look to defend the coveted trophy that they won in spectacular fashion at Gleneagles in 2019.

PING has a historic association with the biennial contest, playing an integral role in the event’s conception and first staging in 1990, with the contest named after Karsten and Louise Solheim, the founders of PING.

As one of three Global Partners, PING’s decision to support Team Europe further highlights the brand’s commitment to supporting and growing women’s golf. This significant support has also been highlighted through the PING Junior Solheim Cup, founded in 2002, which has been a pathway for some of the world’s best players. PING became the official clothing supplier for Team Europe in this competition in 2015.

Catriona Matthew, the 2019 and upcoming 2021 Team Europe captain, already enjoys a successful partnership with PING and has recently collaborated in designing bespoke outfits for this year’s tournament days.

Inspiration has been drawn from flowers native to Ohio, as well as putting a modern twist on recognisable European themes. A unique colour palette has also been created for the event, which will include 2021 seasonal shades, as well as the traditional Team Europe colours of blue, white and gold – colours synonymous with the final day singles that Catriona was keen to maintain.

Commenting on the announcement, Catriona Matthew, said:“I have been playing PING clubs for five years and I will be wearing their apparel this season for the first time, so when I was looking at team uniforms, I could not think of a better brand to help us look good, feel great and perform to our very best.

“PING are fantastic supporters of the women’s game and the Solheim Cup and I have thoroughly enjoyed working together with them on the new designs.”

Discussing the partnership, Ping Europe Managing Director, Lisa Lovatt, said: “We are delighted to join forces with Team Europe as the Official Apparel Supplier and this partnership exemplifies our unwavering commitment to supporting the women’s game.

“Style and technology go hand-in-hand in PING Apparel, which is designed and engineered to inspire golfers to both look and play their best, providing the comfort and protection to play through the seasons.

“We look forward to seeing the designs being brought to life when Team Europe tee it up later this year and wish them the best of luck in their quest to retain the trophy that they won in such thrilling style at Gleneagles in 2019.”

Alexandra Armas, LET Chief Executive Officer, added:“We are delighted that PING are elevating their much valued, long-standing commitment to women’s golf as they join forces with Team Europe as Official Apparel Supplier at both the 2021 and 2023 Solheim Cup.

“The Team apparel is a part of the event that generates huge expectation to see what each team will be wearing. It is a fun element of the competition with fans wanting to have pieces of these symbolic outfits.

“Having a uniform that ensures the team are able to perform to their best while feeling comfortable is crucial, as they look to defend the trophy.”